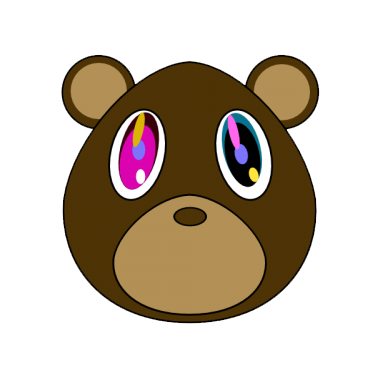 The formula of GEMM is:

$C=\beta C$ will be computed first for better efficiency. Then we will do $C=\alpha AB+C$ part.

Elements of the matrix used in the gemm function is not necessarily stored consecutive in memory? A little counter-intuitive right? To explain this, I need to introduce leading dimension (argument lda, ldb, and ldc).

Actually, elements of a matrix is stored consecutive in memory, but when multiplying matrix, sometimes we want to use part of an existing matrix as the input/output, not all of it.

Apparently, elements in matrix $q$ were not stored consecutively in memory. Instead of copying the data first then do the gemm, we can do gemm directly if we use the right parameters *A, M, K, and most importantly, lda. In the previous example:

TA=0 means matrix $Q$ and of course matrix $q$ are row-majored, or not transposed.

*A=*(Q+10) means the first element of matrix $q$, is the 11th element of the matrix $Q$, starting address together with offset were given here.

These are all we need for one input/output of the gemm function. And if you're familiar with numpy, here's an example in Python:

And here's the explanation of leading dimension provided by IBM for their ESSL (Engineering and Scientific Subroutine Library).

After the easy part $C=\beta C$ is done, $\alpha AB$ will be computed. The order of storage of matrix $A$, $B$ should be considered and taken care of.

from wikipedia (Row- and column-major order), link below